The Steep Hills of Beverly Swamp


View Larger Map
Location: Lafarge 2000 Trail @ junction of Safari Road & Middletown Road
Getting There: Not much room, but you can park on the side of Middletown Road.
Species of Note: Snow Bunting, Northern Harrier, ... and a Rooster, Horses, Cows, some Goats and a Llama.
Obscurity Rating: 4/5 - The Lafarge 2000 Trail is not that well known, and anyone who's not a hiking or mountain biking enthusiast would probably prefer to forget about this trail's extremely steep hills.
Data: eBird Checklist

It's the first day of the new year, and sunny and snowy! I decided to head back for another go at a portion of the Lafarge 2000 trail, this time from Safari Road.

If you're looking at the map for this trail by satellite, you'll notice it is oddly wiggly. This is because one thing you can't see by satellite is that this trail starts off with a real climbing challenge! The winding trail is there to allow you to walk more gradually up the hill with short switchbacks, much like what you would see on the Niagara escarpment or on any mountain trail.

Now, having said that, the two people I encountered right away just coming back from their hike on this trail were at least forty years older than me. So it's not a challenge in that it's hard to do, it's just a matter of pace and endurance. Though I can't imagine anyone but the most athletic ever cycling up this thing. Down would be fun though!

Since this trail is much hillier, this time I did half the trail -- on a later date I'll do the other half starting from the Concession 6 entrance.

One species I've been looking to spot this season is the elusive Snow Bunting. They usually fly in large flocks, and tend to be out in snowy fields with lots of dried plants to harvest seeds off of. I didn't expect to see any today, but I actually saw one! Seeing just one is a bit odd, but it was heading off in a direction as if it knew where it was going, so perhaps it had just strayed from a flock and was headed back to its companions.

The sighting that was most surprising though was spotting a Northern Harrier. I apparently startled this bird away from it's perching spot, but followed it by binoculars long enough to get a clear enough view to later identify it. I wish I had a better camera to catch sightings like these. Someday though!

Also seen - a lot of farm animals. There appears to be a small hobby-farm on the other side of the first monstrous hill, which included a very persistently cock-a-doodling rooster. 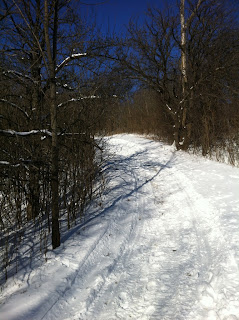 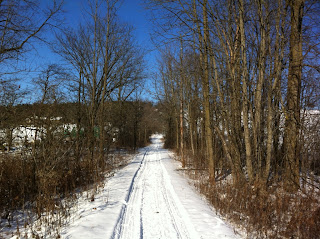 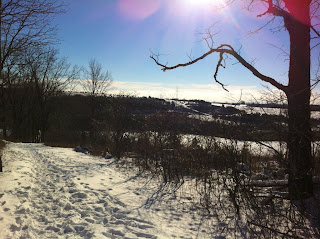 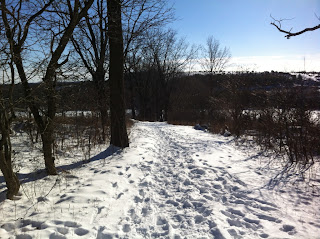 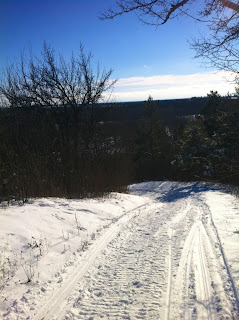